Sea of Bees is the musical project of Julie Ann Bee, or Jules as everyone calls her. She sings, writes the songs, and plays lots of musical instruments.


Jules, from Sacramento, California, is quiet and shy, eccentric but happy. As she grew up she know what she had to do – become a musician and get her music into the world. When you hear her, you realise she is the kind of singer-songwriter you come across only a few times in a lifetime – special, unusual, leaping out at you like an alien, her character fully-formed, her uniqueness intact.

First up was the Bee Eee Pee and a year later, Songs For The Ravens was released on Heavenly Records, an album full of songs Jules wrote when she was emerging from her chrysalis. She went on to play Glastonbury, support Smoke Fairies, Calexico and John Grant before releasing second album, Orangefarben – a warm, gentle and reflective album.

After a brief hiatus, Jules wrote a new record, Build A Boat To The Sun, as she left the darkness behind for brighter horizons and as she moved forward so the music moved forward sonically. Jules says “Keep going, don’t stop and be yourself. Never settle for less. I have finished the record I have been meaning to make.”

The feeling is of upbeat, personal discovery… with an unrelenting sense of wide-eyed beauty. The album ends up sounding like some sort of collision between Elliot Smith and The Mamas and the Papas. A talent for elegant, cathartic songwriting. Build a Boat to the Sun is completely endearing

Build A Boat To The Sun is Sea Of Bees brand new albumc on CD, LP, Download and a ltd edition boxset.
“A little gem – 4 stars” MOJO

Sea Of Bees Build A Boat To The Sun – Boxset

The boxset of Build A Boat To The Sun is available now. Be quick, they’re limited to 100 copies

Julie Ann Baenziger – Jules – was born in the suburbs of Roseville, just outside of Sacramento, CA, quiet and shy, eccentric but happy. She grew up safe and warm, in a sheltered family, content to not know what she wanted to do with her life. Then in her late teens, she went to church with her sister, heard an older girl singing, and fell in love with her instead of God.

Suddenly she knew what she wanted, what she had to do – become a musician, and get her music into the world. But it was only years later, when Jules became Sea Of Bees, that she became herself. When you hear her, you realise she is the kind of singer-songwriter you come across only a few times in a lifetime – special, unusual, leaping out at you like an alien, her character fully-formed, her uniqueness intact.

Once Jules knew what she wanted, she worked hard to make it hers. She practised and practised – up at five every morning before swimming, then school, then back home for more. She didn't play anything, so she just sang and struck at instruments. Doubts and sadness crept in, so she buried herself into schoolwork, graduating early, not knowing where to go next with her songs. At 23, she finally moved out of the family home, into the city, into an old creaky house, where she joined a band, playing one string lines on the bass. She remembers living for drinking and partying, unsure of what to do next.

Then one day, playing idly without her band in a studio called The Hangar, John Baccigaluppi, its owner, heard her incredible voice. He bought her coffees where she worked, sat her in the studio with wine and bread after her shifts, told her how much talent she had, and showed her how records were made. He told her that there was nothing wrong about picking strings slowly, thinking about what else you wanted to hear in a record, slotting things together gradually. Jules was learning about music later in life too – in her childhood, her parents would only listen to songs from the '50s, with the odd sprinkle of Cher and Barbra Streisand. From her teens, she had started to enjoy Sigur Ros and Midlake, and the songwriting of Jeremy Enigk from Sunny Day Real Estate. But now she started thinking about how music was written from the heart and the mind, and what she wanted to get out of her own blood and bones, in the purest way. She would sing words that seemed to come out of nowhere, pair them up, and make sense of them. She did so quickly, going to John with an EP she made in ProTools in a day. When he heard it, he was staggered, and wanted to share her with her whole world.

A year after that first EP, Bee Eee Pee, Songs For The Ravens was released on Heavenly Records and introduced many more people to her greatness. The album is full of songs Jules wrote when she was emerging from her chrysalis, the work of someone who wanted to put her entire life on record, rather than keep things hidden any more. People listened and said: “a sound that, when combined with candidness of her lyrics and the spare folk-pop beneath them, proved devastating” (The Times) “does more than enough to establish herself as a contender ” (Q Magazine) "if I had to sum her up in a sentence, she's sort of a female Sparklehorse. Her music is rooted very much in folk and rock but wildly experimental; some crazy, beautiful, wonderful sounds" (Robin Hilton, NPR radio host) "I'm not entirely sure why I love this album so much... That which I cannot put my finger on, is the mysterious, wonderful, and addictive qualities of this album as a whole" (Jason Lytle, Grandaddy)

A further year on, Sea Of Bees had played at Glastonbury, supported Smoke Fairies, Calexico and John Grant and Orangefarben was released on Heavenly. A warm, gentle and reflective album, its title is the nickname for her ex-girlfriend and is a classic break-up record but Jules draws strength from the sadness. “I’m not trying to be ambitious with my creativity. I’m just trying to be honest and direct with it” she says. The album is warmly received and the critics say: “if she doesn’t become the sensation she deserves to be it’ll be a crime” (The Independent) “harbours a great deal of warmth and assurance in amongst its heartbreak” (Line Of Best Fit)

After a brief hiatus, Jules wrote a new record, and Build A Boat To The Sun will be released on 29th June 2015. It sees Jules leaving the darkness for brighter horizons, gathering the good things up, leaving the bad behind and moving forward. The music has also moved forward sonically from the previous releases with more tracks having a full band sound after Jules bought a drum set and spent as much time playing drums as guitar much to her neighbour's dismay. The immediate upbeat pop swagger of ‘Test Yourself’ and alt-rocker ‘Karma Kard’ set out the stall for this album as Jules and producer John Baccigaluppi again visit a variety of styles across the album. There are moments of the folk-pop that brought the initial critical acclaim in ‘Don’t Follow Me’ and ‘Moline’, touches of lush orchestration in ‘Monk’ and ‘Little Sea’ and even a nod to the electronica of Grandaddy (Jason Lytle is a big fan) on ‘Dan’. The album was mixed with Jesse Lauter as Jules and John were big fans of his work with the Low Anthem. About the album, Jules says “Keep going, don't stop and be yourself. Never settle for less. I never knew things could be so chaotic growing up when I was a child, but they are and it has taken me years to come to pass through the difficult times. I have finished the record I have been meaning to make. Things are changing for the good and I am happy.” 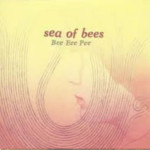 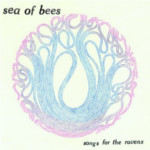 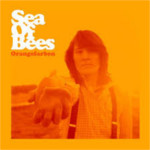 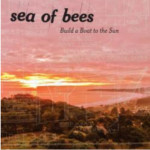 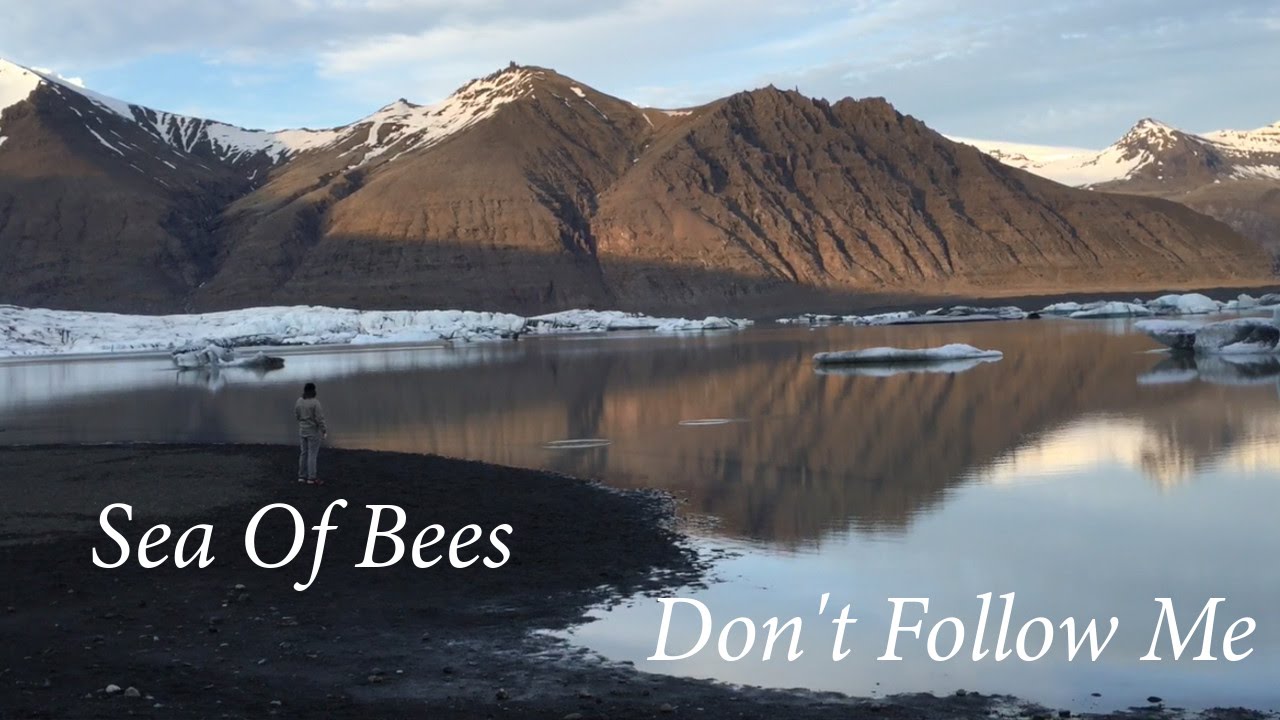 It’s a new video from Sea Of Bees! Shot by Jules and Amber during their roadtrip around Iceland, the stunning landscape is a perfect backdrop to this enchanting and beautiful song. Don’t Follow Me – taken from the album Build … 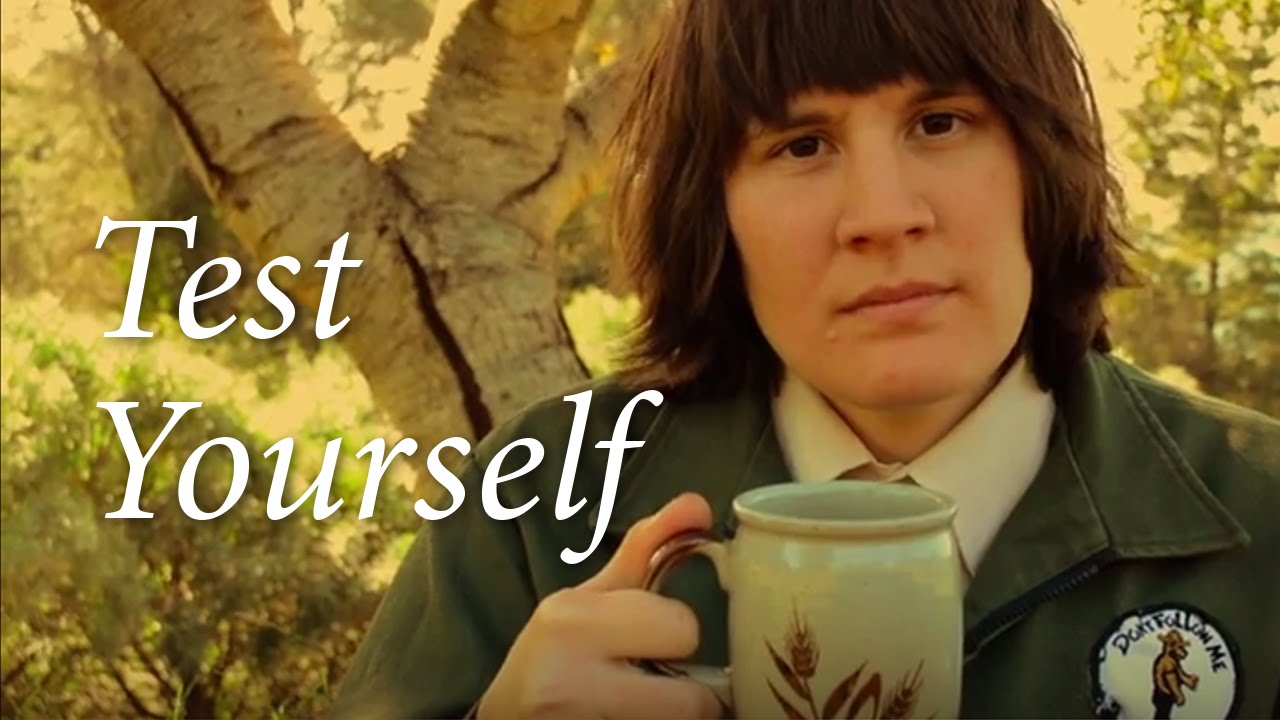 Jules and Amber headed out into the wilderness to shoot the video for Test Yourself – see what happened next!