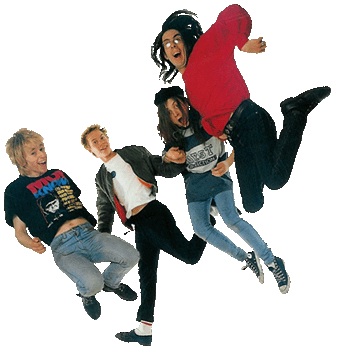 Formed in the early 1980’s their first band ‘Wild Division’ acquired a drummer, Cass Browne (aka Cass Code or Cass Traitor) before becoming ‘The Psychotics’ but it was in October 1986 that the group first took to the stage at the Clarendon in Hammersmith as the Senseless Things.

By the summer of 1987 a former BBC clerk named Ben Harding had joined as guitarist (Nicholls reverting to the bass) and the band had begun touring with bands such as Mega City4, Snuff and Perfect Daze.

The band’s first ‘release’ was a free single insert in issue 6 of the fanzine ‘Sniffin’ Rock’ but in March 1988 the ‘Sense’ were invited to record a session for John Peel and, with such support in their corner, went on to produce their first commercial release, 12-inch single ‘Up And Coming’. A mini-album ‘Postcard C.V.’ hit the shelves soon after.

Displaying exquisite timing the band signed to What Goes On Records just as they went bust but Decoy Records stepped in before the band finally settled at Epic.
Debut album ‘The First Of Too Many’ yielded the band their first top 20 single and a tour supporting Blur in the US before the band headed East to Japan.

Follow up albums, 1993’s ‘Empire Of The Senseless’ and 1995’s ‘Taking Care Of Business’, failed to break the band into the commercial strata anticipated by their label and the resultant contract withdrawal spelt the end for the Senseless Things.

Mark Keds went on to form Jolt , Trip Fontaine , The Lams and Like A Bitch, as well as a very brief stint playing with The Wildhearts.

Ben Harding joined 3 Colours Red before swapping the music business for PR and Morgan Nicholls joined Vent 414 (with Miles Hunt of The Wonderstuff) before playing with The Streets and becoming an integral part of Muse’s live act.

Cass Browne has worked with Dakota, Urge Overkill and Gorillaz.

In March 2007 the Senseless Things (minus Nicholls who was touring with Muse) came back together on stage to celebrate the life of Darren ‘Wiz’ Browne of Mega City 4 who died in December 2006.

The artwork for the albums Postcard C.V. and The First Of Too Many was produced by artist Jamie Hewlett, the creator of ‘Tank Girl’ and co-founder of Gorillaz. 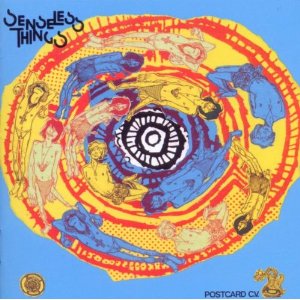 Postcard C.V. - 1989
"Refreshing, fizzing with life and without a twinge of inhibition, they (Senseless Things) may not be superstars yet, but, with 'Postcards CV', they're earned a sizeable portion of your heart": Melody Maker 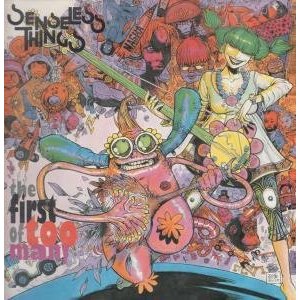 The First of Too Many - 1991
"The First Of Too Many is the sort of LP you want to rub people's noses in as proof positive that there is a spunky, young alternative to the worst elements of 'indie' music of the moment": NME 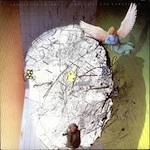 Empire of the Senseless - 1993
'These punky scuzzballs have come a long way since their frenetic, three-chord singles of the late 80's. This is heavy-duty, raawk and raawl, surprisingly well-crafted and confident, and laden with killer singles": The Face 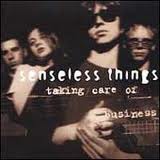 Senseless Things - Hold it Down