1985 marked the year that Patrick Fitzgerald (bass/vocals), Julian Swales (guitar) and Dan Godwin (drums) came together as the Kitchens of Distinction; named for a firm specializing in kitchen and plumbing fixtures seen adorning a bus advertisment. 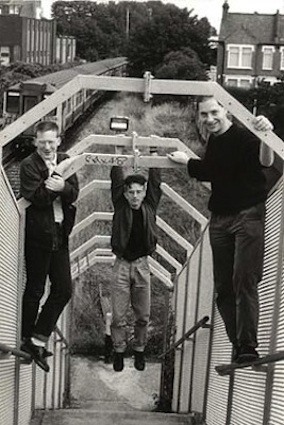 With vastly disparate origins (Basle, Monmouthshire and Salamanca) the ‘Kitchens’ set out to take on the World from the very un-exotic base of Tooting, South London. Armed with an effects laden abstract style backing deep and thought-provoking lyrics their first single, ‘Last Gasp Death Shuffle’ was nominated Single of the Week by NME and the band soon found themselves signed to One Little Indian. Second single, ‘Prize’, was one of the first popular songs to tackle the subject of homosexuality and Patrick’s lyrics have often returned to the same subject over the years, most noticeably on the track ‘Breathing Fear’.

Across four studio albums and a ‘Best Of’ the Kitchens established themselves as one of the most articulate and poetic bands around but, whilst championed by the US college scene and having supporting the likes of Suzanne Vega, their exposure in the UK fell short of what should have been expected of such a unique set of musicians and songwriters.

Whilst Jonny Greenwood would come to cite the band’s last album ‘Cowboys and Aliens’ as the inspiration behind Radiohead’s ‘Subterranean Homesick Alien’, the Kitchens’ time never would, in Patrick’s words, “eventually bastard well come” and following a brief incarnation as Kitchens O.D. (their last single ‘Feel My Genie’ being named Melody Maker Single of the Week) and playing some secret gigs as ‘Toilets of Destruction’, the band signed off in 1996 at a gig in London’s King’s Cross.

Following the break up of the Kitchens of Distinction Patrick has released music under the name of Fruit, in collaboration with Miki Berenyi (Lush) and Isabel Monteiro (Drugstore), and Lost Girls with Heidi Berry, before returning to his ‘day job’ as an GP. Despite a kidney transplant in 2008 he continues to release new music under the name StephenHero, an early James Joyce novel. His latest album ‘Apparition in the Woods’ is available on Ragoora Records (www.stephenhero.co.uk).

One Q Magazine review of the band lauded the quality of the keyboards on the record – Kitchens of Distinction have never used keyboards; the reviewer had assumed that a guitar could not possibly have produced the music he was listening to.

Love Is Hell - 1989
Love Is Hell is a masterful debut…It's this uncorrupted line of roaring sadness that you can trace back through every wonderful moment of your life and on into the next couple”: Hot Press

The Death Of Cool - 1992
“Arguably more famous during their time for their homo-erotic lyrics and cover art; their music often took a back seat in the media’s eyes. The sad truth is they made some of the most beautiful, emotionally charged music of modern times”: Sic Magazine

Cowboys and Aliens - 1994
“Right from the brilliant, searing opener "Sand on Fire," with its stately pace and skyscraping guitar work, the Kitchens gave notice that they were far from over”: AllMusic.com

Capsule : The Best Of (1988 - 1994)
“Julian Swale’s multi-dimensional guitar washes are still transporting, but it’s their (KOD) zeal, humanity and surging tunes which really shine through”: Uncut 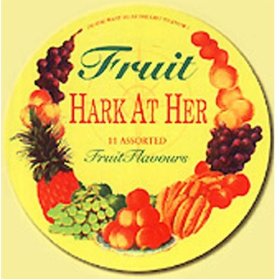 Hark at Her by Fruit 1997
“Inevitably there's the odd mangy apple, but this is mostly magnificently scabrous, eloquent, and salacious stuff. Therein lies the true answer to 'What Is Fruit?'. And that's a fine album”: NME 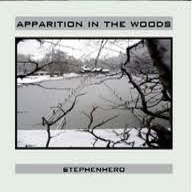 Apparition in the Woods by StephenHero - 2009
“Patrick Fitzgerald has outpaced his critics. He has long since stepped out from behind that wall of guitars sound to reveal a truly gifted composer. Maybe now, after six StephenHero records, those that still ‘don’t get it’ could do the same’: Sic Magazine

Kitchens of Distinction - Drive That Fast