Oldham is technically part of Greater Manchester but its most famous musical sons (if you exclude Mark Owen, and we’re assuming you do) have always emphasised the geographical and cultural gap between the two.

1982 saw local schoolmates Graham Lambert and Stephen Holt dabbling with the idea of a musical career. Both fans of garage punk, the two went through various formative line-ups but it was not until drummer Craig Gill and organist Clint Boon joined in 1986 that the Inspiral Carpets (named for a clothing shop on an Oldham housing estate) found their feet. 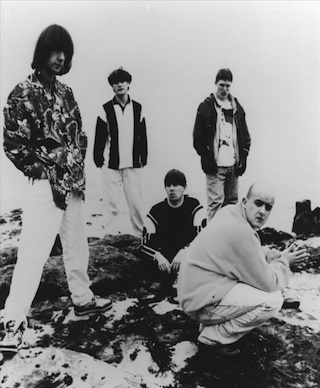 With Dave Swift joining on bass in 1987, a flexi-disc (remember them?) entitled ‘Garage Full Of Flowers’ hit the streets (given away free with Debris Magazine) and the resultant local renown, when enforced by the cassette ‘Cow’, led to a single deal with Playtime Records who released the ‘Planecrash’ EP in 1988.

A follow up EP never saw the light of day, the band’s distributors Red Rhino having gone bankrupt, but the ‘Inspirals’ continued unperturbed and created their own ‘Cow Records’, the ‘Cool As Fuck’ logo becoming a merchandising ‘cash cow’ that in turn paid for the release of the ‘Trainsurfing’ EP.

At this point both Stephen Holt and Dave Swift decided to leave the band and were replaced by Tom Hingley (ex ‘Too Much Texas’) and Martyn ‘Bungle’ Walsh (ex ‘The Next Step’).

A change to the classic organ driven Inspiral’s sound soon followed and the band signed to Mute Records (tickets for an England game at Wembley apparently being part of the enticement to sign). The band’s first album ‘Life’ shot to number 2 in the UK album charts.

Follow up album, ‘The Beast Inside’, broke the top 5 despite its themes of domestic violence, unemployment and social rejection whilst ‘Revenge of the Goldfish’, released in 1992, saw the band ‘make it big’ in places as diverse as Portugal, Germany and Argentina; the US continued to turn a blind eye however.
1994’s ‘Devil Hopping’ proved only a moderate success and, after the release of a singles collection, the band found themselves dropped by Mute.

This rejection proved to be the trigger for the band to go their separate ways (Tom Hingley formed ‘The Lovers’, Clint Boon ‘The Clint Boon Experience’, Craig Gill ‘Hustler’ and Martyn Walsh ‘Replica’ and ‘DC 10’).

Fate determined that this was not to be the end however as, whilst meeting up to discuss some royalty issues in late 1992, the band realised what they were missing and reformed to promote a ‘Greatest Hits’ and ‘Cool As’ box set before touring sporadically.

In 2011 Tom Hingley announced that the Inspirals were no more but the rest of the band disagreed and, in August of that year, the original singer Stephen Holt came back to the herd.

“We’re five individuals with totally different tastes, but with the same IQ and sense of humour. That’s what makes it tick – we’re all immature bastards!” 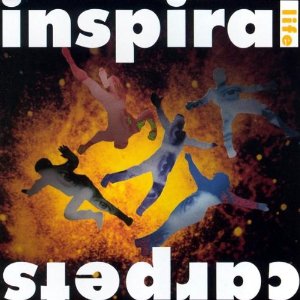 Life - 1990
"This album stands up on its own. The luck of the draw and being in the right place at the right time gives you a break. It doesn't then go on and record a good album for you as well": NME, 21st April 1990 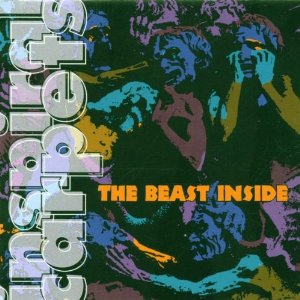 The Beast Inside - 1991
“The Beast Inside is final proof that you can't lump the Carpets in with the gluttonous mass of uninspiring Manchester bands. The sheer invention here is, at times, quite bewildering": Select 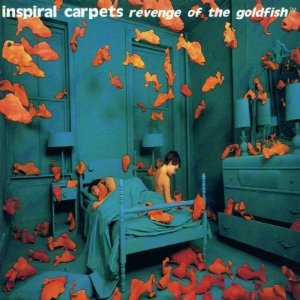 Revenge of the Goldfish - 1992
“Overlooked, but for no good reason": AllMusic.com 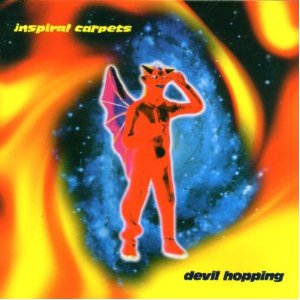 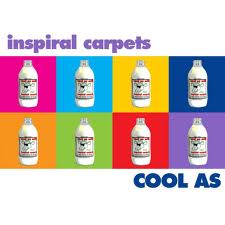