Most musicians might think twice before naming their band after the amorous proclivities of one of their ‘members’, but then James ‘Jim Bob’ Morrison and Lesley ‘Fruitbat’ Carter are not most musicians. 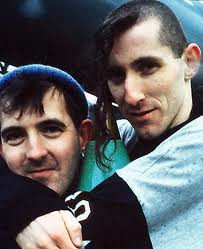 Fruitbat’s nickname is derived from a shortened version of his nom de plume whilst a member of the band ‘Dead Clergy’, namely ‘Johnny Guitar Fruitbat, The Flying Fox’, whilst Jim Bob comes from the ending of the US TV series ‘The Waltons’.

Hailing from Lambeth, South London the duo found themselves, for various reasons, the sole remaining members of the band ‘Jamie Wednesday’ and, with a charity gig obligation at the London Astoria to fulfill they took to the stage that night in 1989 accompanied by some pre-recorded backing track. Thus Carter The Unstoppable Sex Machine was born (the name makes reference to the Jamie Wednesday track ‘Conked Out Sex Machine’).

The band’s unique sound was first recorded on single ‘A Sheltered Life’ (a Velvet Underground cover) before the release of follow up single ‘Sheriff Fatman’, a track written about a notorious London slum landlord and typical of the political and social theme that the band would highlight throughout their career.

First album, ‘101 Damnations’, a collection of songs about life in an “anaesthetised and brutalised Britain”, came out on Big Cat Records in 1990 but the following year the band switched to Rough Trade and produced ‘30 Something’ which reached number 8 in the UK album charts.

A main support appearance at the Reading Festival, a slot on Top of the Pops and extensive international touring further raised ‘Carter’s’ profile (as did Fruitbat’s rugby tackling of TV presenter Phillip Schofield live on television at the Smash Hits Poll Winners Party in 1991) but the imminent collapse of Rough Trade would lead to another label move, with Chrysalis picking up the band and putting out ‘1992- The Love Album’, a sarcastic pop at European unity, and the band’s debut Album Chart topping project.

With the band now searching for a change of mood the first new member to supplement the duo, the band eventually emerging as a six-piece, was Frutibat’s mate Wez on drums. The trio’s first gig took place at the Kentish Town Forum in support of the Sultans Of Ping before they set out on an extensive World tour, taking in a show in Zagreb, Croatia at the height of the collapse of the former Yugoslavia.

Fifth studio album ‘Worry Bomb’ reached number 8 in the charts but this did not prevent band and label once again parting as Carter signed with Cooking Vinyl to release mini-album ‘A World Without Dave’.

By this time the line up now included Salv (ex-S*M*A*S*H) on bass, Steve (Wez’s brother) on guitar and Simon Painter on keyboards. Unfortunately the new expanded sound did not go down well with the fans in the live environment and over a coffee in Baltimore, Maryland on the US leg of their 1997 tour Jim Bob and Fruitbat agreed that they were no longer having fun and that after 10 years together Carter should cease to exist. Studio album ‘I Blame The Government’ was released posthumously in January 1998.

As solo artists Jim Bob formed ‘Jim’s Super Stereoworld’ before releasing projects under his own name. Fruitbat formed ‘Abdoujaparov’ (named for his favourite professional cyclist) and in 2001 and 2002 the two bands toured together, with Jim Bob and Fruitbat playing a set together as ‘Who’s The Daddy Now?’ at the end of the evening.

A full reformation of Carter would have to wait until a gig to celebrate the life of Darren ‘Wiz’ Brown of Mega City Four and subsequent 2007 shows at London’s Brixton Academy (supported by The Sultans of Ping) and Glasgow Barrowlands (supported by The Frank And Walters) followed.

Further shows took place in 2008 (supported by EMF) and 2009 before the band headlined the Leveller’s ‘Beautiful Days’ festival in 2011.

Carter USM continue to plough the furrow at right angles to the mainstream; and long may they do so!

Carter track ‘You Fat Bastard’ has been adopted by most UK football crowds at some point in time but remains a constant at all Carter gigs, as delivered in the direction of MC and lampie Jon ‘Fat’ Beast. 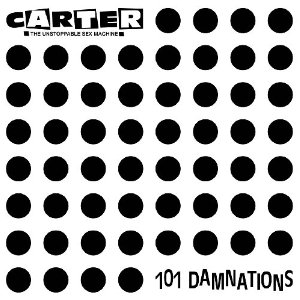 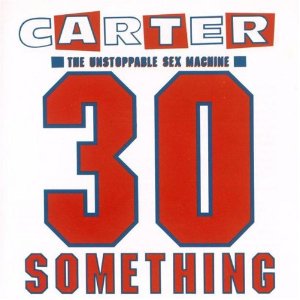 30 Something - 1991
"30 Something is an album very much of its time, cheap drum machines, loud but spindly guitars and lots of shouty vocals, it’s the embodiment of indie from a time when that phrase actually meant something": withguitars.com. 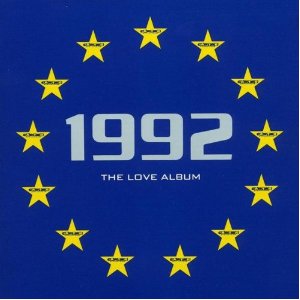 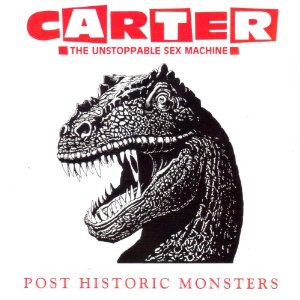 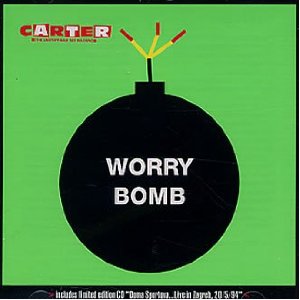 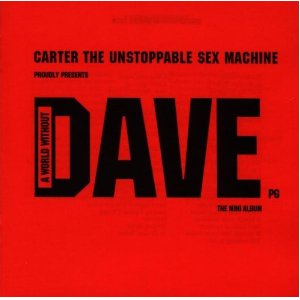 A World Without Dave - 1997
"...proof positive, if any were needed, that Carter's cynicism and bitterness towards the Conservatives and the state of modern Britain, are still very much intact": hotpress.com 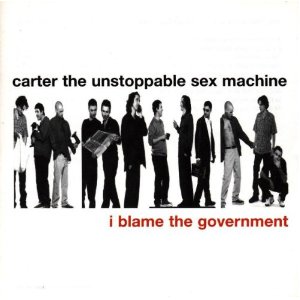 I Blame the Government - 1998
"For better or worse, there will never be another band like them": AllMusic 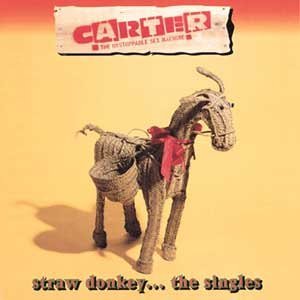 Straw Donkey...The Singles - 1995
"This is a useful intro for the newcomer, but fans might feel slightly disappointed": AllMusic