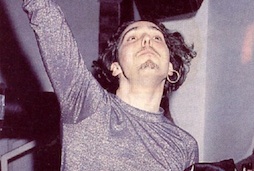 It might appear to the outside oik that CUD just arrive at a venue, play songs of the contractually agreed length, get clean towels, get paid and leave the venue without batting an eyelid. But, I tell you, there is one big, giant eyelid getting batted to make it appear so simple. There’s a finely oiled machine working behind the scenes to make sure you get the CUD you need every day, on time and with their flies zipped up.

First in the pecking order, is the tour manager. He’s the one always on his mobile and carrying a bulky Filofax around (so 80s!), bulging with business cards. Most of these he collected from Soho phone booths. He is also the only member of the crew to wear a laminated tour pass on a lanyard. It’s not needed; no one else has one; it isn’t even for the CUD tour; it belongs to a 1992 Boo Radleys tour.
The tour manager’s job is to make sure that the tour goes without a hitch – the band arrive at the venue, play songs of the contractually agreed length, get clean towels, get paid and leave the venue with the clean towels and without leaving the (also clean) drummer behind.
As booker too, the tour manager has to ensure that the route of the tour describes a zigzag up and down the country that takes in every motorway service station and his mum’s house.

The sound engineer. His job is to play his favourite CDs before the band come on stage, to (ideally) turn off his CDs when the band start playing, and to ensure the sound that the band make on stage is turned into music before it is heard by the audience. He loves it when you go over to him mid-set and shout “Needs more top, mate!” or “Add some reverb, mate!” The more helpful advice the audience can provide, the easier it is for him to do his job.

Who’s that figure dashing across the stage, trying not to be noticed?
I don’t mean Carl, the singer. The other one.
This is the guitar tech. That’s what they call a roadie these days to make him sound skilled. It may appear to the untrained eye that the guitar tech just humps heavy amps about and applies gaffer tape to anything that dares budge a millimetre but, oh no. His job is the most important on the team. And if I didn’t say that, next time I break a string mid-song, I’d be given a ukelele to play on.
Unproved fact: Every year ‘guitar tech’s across the UK use enough gaffer tape to stretch from Earth to the Moon and back. And that’s actually how it stays in orbit.

In our heyday, we would also employ caterers. Under new CUD austerity guidelines, we now have to source our Fair Trade, organic, macrobionic diet ourselves. Thankfully, in the 21st century, every motorway service station now has a section devoted to this, next to the Ginsters pasties and cheese strings.

No gig can go ahead without the tour exorcist. Before every soundcheck, she waves her magic wikka sticks and sprinkles her patchouli oils over the stage to remove any traces of death metal before CUD can perform their strictly Christian songs of joy and goblins.

Bigger tours also employ lighting engineers whose job it is to use strobe lights to identify any epilepsy sufferers in the audience. Now we’ve downsized, we rely on local experts to switch a spotlight on, then off, then on, then off again. Then on again. We do, however, supply our own light bulb.

And so to the humbled van driver. His job is to provide the band with as many toilet stops as possible (ideally on the outside of the van) and get the band back to base camp post-show, unperturbed by the volume of beer-talking issuing from the backseats. If the driver also owns the van, then woe betide the band member who spills Fanta on the seats. Our former bass-player, now known as Blind Willie Clawfinger, can bear witness to this. 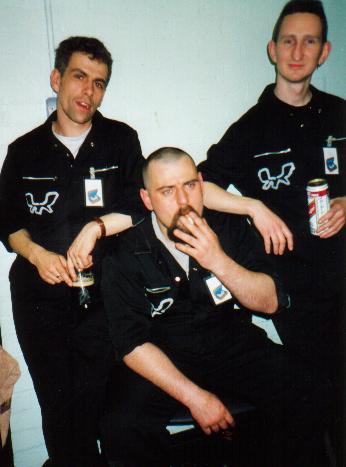 And we’re out of room. No space to mention the band dealer, groomer, topiarist and falconer. Consider yourselves forgotten.

* We do allow them one can of Tennents Special each from our generous rider though.

William Potter is filling in his Caffé Nero loyalty card