The ‘Thames Valley Scene’ is a blanket term applied to all bands from Oxford and environs in the late 80’s and 90’s. However Slough’s Thousand Yard Stare always felt themselves to be outsiders when it came to the social and musical circles of the likes of Ride and Lush. 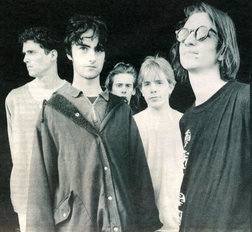 Early EP’s ‘Weatherwatching;, ‘Easter 89’ and ‘Tumbletown’ were released on the band’s self-owned Stifled Aardvark Records and led to the ‘Yardies’ being nominated as NME’s 1991 ‘brightest hope’.

The band’s last EP of 1991, and their last release on their own label, ‘Seasonstream’ included the track ‘0-0 a.e.t’ which reached number 65 in the UK Singles Chart and heralded Thousand Yard Stares’ signing to major label Polydor.

1992’s debut album ‘Hands On’ was well received and ended the year at the top of the NME’s Indie Chart.

A front cover for Melody Maker, a number 37 single and follow up album ‘Mappamundi’ appeared to bode well for the band’s future and by the end of 1994 they had toured the US with The Soup Dragons, Carter USM and James.

And yet, by mid ’95 the light had started to wane as the likes of Suede, Blur and Elastica turned the public’s focus toward Britpop, leaving the Yardies bereft of a recording contract and in terminal decline.

Stephen Barnes went on to form ‘Click’ whilst the rest of the band were involved in ‘Euphoria’. Giles has since formed ‘republicofheaven’ whilst Dominic has become a chiropractor in Slough.

Thousand Yard Stare never appeared on Top of the Pops, there were scheduled to appear but were bumped when the BBC decided to use half of the show to broadcast a Michael Jackson video. 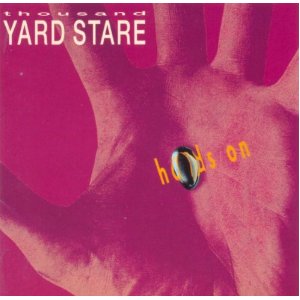 Hands On - 1992
"... a decent and consistently pleasant slice of radio-pop": AllMusic.com 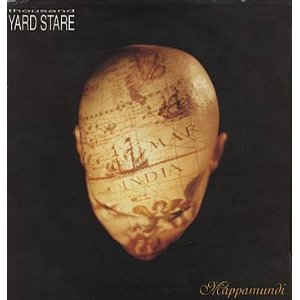 Mappamundi - 1993
"Breezy, inoffensive, upbeat, smalltown-obsessed, all too easy to pass over": Select