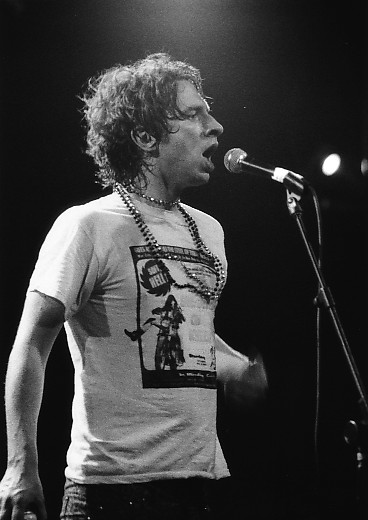 Having supported Irish legends Golden Horde the band were offered a spot at the 1990 EuroRock Festival (held in their home town) and an appearance on RTE programme ‘The Dave Fanning Show’.

Shortly afterwards Lyons and Fennell left the band to be replaced by Monty McCarthy and John McAuliffe respectively and whilst headlining the Cork Rocks Weekend they were spotted by Martin Heath of Rhythm Kings Records and a deal offer followed. Alan McFeely in turn replaced McAuliffe at this point.

Debut single ‘Where’s Me Jumper?’ was released in January 1992 and an invitation to record a John Peel Session helped further cement the Sultan’s growing reputation in the UK.

Follow up single ‘Stupid Kid’ topped the Indie Charts and secured the band slots at the 1992 London Fleadh, Ireland’s Feile Festival and the Reading Festival.
Having supported Carter USM on a European tour the band signed to Epic and single ‘You Talk Too Much’ reached number 32 in the UK Singles Chart. Debut album ‘Casual Sex In The Cineplex’ hit 26 in the Albums Chart.

Popularity in Continental Europe and Japan (the band were one of the few to play Hiroshima) provided the commercial support for extensive touring over the next few years and the release of the band’s second album ‘Teenage Drug’ (this record being marketing with the ‘F.C.’ epithet conspicuous by its absence).

Hard work and plenty of miles followed, including a 1996 tour supporting The Ramones (by then the band were known simply as ‘The Sultans’) and a Paris date supporting The Sex Pistols.

Third album ‘Good Year For Trouble’ made little impact on the charts, perhaps not unsurprisingly given that the bondage themed artwork resulted in both HMV and Virgin refusing to stock the record.

The band were subsequently dropped by their label and split soon after.

Solo projects kept the band members busy for the next few years until The Sultans of Ping reformed in 2005.

The title of the Sultan’s track ‘Give Him A Ball And A Yard Of Grass’ is a direct quote from Brian Clough when describing Nottingham Forest winger John Robertson. 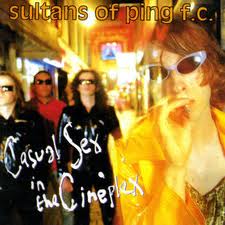 Casual Sex in the Cineplex - 1993
"...this is hugely enjoyable, intelligent fun": Q Magazine 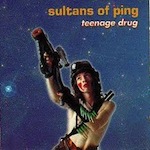 Teenage Drug - 1994
"Teenage Drug is an album that’s going to take up residence reasonably close to my CD player for a while to come. Especially when I’m tired, emotional and wishing it was 1976 all over again": hotpress.com 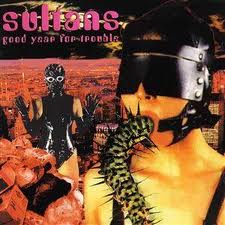